FROM MUSIC TO ART

In 1932 the seat of the Music Industry was Calcutta. From Film Songs to Hindustani Classical all genres of Music were created, performed, and sustained in the city. HINDUSTHAN MUSICAL
PRODUCTS LTD., established in 1932, was at the centre of this activity.

The Company was started by Mr.Chandi Charan Saha had brought his recording equipment from Germany to set up a Sound Recording Studio. The company had brought a “NEUMANN” Disc Cutting Machine from Germany in 1932. This has been donated to the Birla Industrial Museum in Calcutta. HE began its innings with recordings of Rabindranath Tagore songs. Rabindranath Tagore inaugurated the studio. Recorded the first song “TOBU MONE REKHO” on April 5, 1932. Recorded a further song “Kangal Korechho Amarey”. Between 1936 and 1939 – Tagore recorded several songs. Other great recordings by Atul Prasad Sen, Pankaj Kumar Mullick, Anupam Ghatak, K.L.Saigal, Renuka Sengupta, Amiya Thakur, and Amita Sen followed. In the 30s and 40s, HINDUSTHAN’S releases were the BEST SELLERS including the legendary hits of New Theatres, K.L.Saigal, and Pahari Sanyal. It attracted a galaxy of artists – Pankaj Kumar Mullick, S.D.Burman, Ustad Bade Ghulam Ali Khan, Ustad Faiyaz Khan and many others. HINDUSTHAN became a major player in the unfolding saga of India’s Music History. As early as the 1940s, the Company focused on building a repertoire of Eastern and Northern Indian recordings…. In Bhojpuri, U.P. Folk, Chhatisgarhi Folk, Quawalis, and Religious Bhajans. In Bengal, it recorded artists like Debabrata Biswas, Subinoy Roy, Rajeshwari Datta, Shantideb Ghosh, Ramkumar Chatterjee, Amar Pal, Purna Das Baul, Asoketaru Banerjee, and many more. The continuing sales of this repertoire are the strength that has helped the Company’s growth.

One response to “FROM MUSIC TO ART” 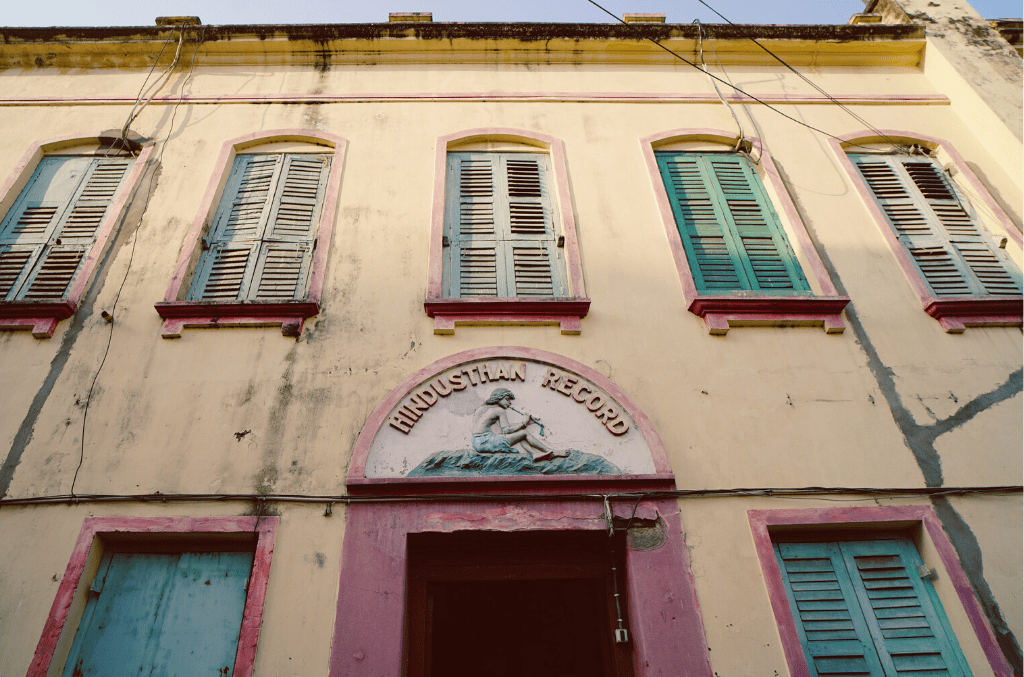 FROM MUSIC TO ART In 1932 the seat of the Music Industry was Calcutta. From Film Songs to Hindustani Classical all genres